Imagine hearing a young voice a few cars in front of you yell to another vehicle.

“Come on, chicken, speed up!” they would say.

You only hear profanities in return from the other vehicle, but you also take note of the deep rumble of the shifting of gears s they pick up speed. As you shake your head, something else grabs your attention. You have to swerve and brake quickly to avoid the mess in front of you.

The ever-present screams bring you back to reality.

As you begin to leave, the cops arrive.

“Please, sir, I did not mean to! I was not even speeding!”

You know there was obvious peer pressure, and you can understand it firsthand. No matter how much pressure your friends or anybody else may be giving you, it is still your choice whether or not to give in. 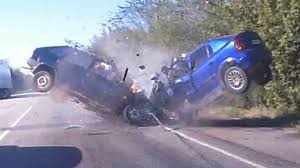 Junior year is when most students start getting a license. Teachers in the school see students who recently got their got their licenses get out their car with many other students. Most of us know that you have to wait for six months to drive just one person out of immediate family. Many teenagers like to break the rules; they speed, drive more than the allotted amount of people, and drive recklessly.

At the ages of sixteen and seventeen mostly, adolescents have a lot of vigor and liveliness, which makes them make less educated decisions, such as speeding and texting and driving.

“[Speeding] is exhilarating and fun at the same time, “ Kenneth Bennett, junior, said.

According to the CDC, almost 300,000 teens between the ages of 16 and 19 received emergency treatment for serious injuries suffered in vehicle accidents in the year 2011, making them three times more likely than a person over the age of 20 to get in an accident.

Most teens start driving around fifteen, and they are alone on the road within a year or two. With nearly everything else, parents let their children practice for a much longer time than that. According to care.com, the general consensus is that five-year-olds are too young to walk alone, and ten is the most acceptable age, even though five-year-olds have been walking since the age of one.

The leading cause of death among adolescents is motor vehicle accidents, but parents still allow so little experience. First-hand knowledge, however, is only gained through hands-on exposure.

There are many rules when you first get a license, but who wants to follow all of them? Peer pressure also plays a role in it; some teens will call others names for not participating in certain activities, such as speeding or racing.

Teens are easily distracted, as well. They live on their phones, so why should they feel the need to put it away in the car? After all, there are stop lights.

As parent and school involvement lessen, teens are not as equipped for driving successfully.

“I feel like everyone is just too arrogant on the road,” Colin Emery, freshman, said.

Driving for the first time is a new experience for everybody. Confidence is key to the new driver. The other important thing is to not be inattentive. Whether it is a nice car or a hot beverage, eyes belong on the road.

“At the beginning, it can be scary and difficult, but after a while, it seems super easy until you nearly drive into a ditch,” Alex Myers, freshman, said.

The average new car today weighs about 4,000 pounds. Now, anybody controlling it for the first time is definitely going to have some difficulty. All cars are different; some brakes and gas pedals can more touchy, therefore throwing anyone from their seat easily.

Adult supervision with somebody who has a lot of experience helps. They can tell the driver what exactly to look out for.

Once you start driving alone, however,  there is no adult looking over your shoulder anymore.

On average, cell phone use makes drivers go out of control, and crash. In the amount of time it takes to check a phone, you may have already driven the length of a football field.

According to hg.org, young drivers ages 16-19 are the most likely age group to talk and text on their cell phones. It always comes back to distractions.

Humans can be the worst kind of distractions. Parents teach their children driving habits their whole life. They teach the child what is and is not okay — seat belt, speeding, racing, drinking, eating, and cell phone use.

Other teens peer pressure. They probably see their parents drink and drive, think it is okay, and tell their friends to. They can distracting as passengers. Most teens that drink have somebody to drink with, so they pressure their friend who can drive into drinking on the road.

If you want a picture to show with your comment, go get a gravatar.