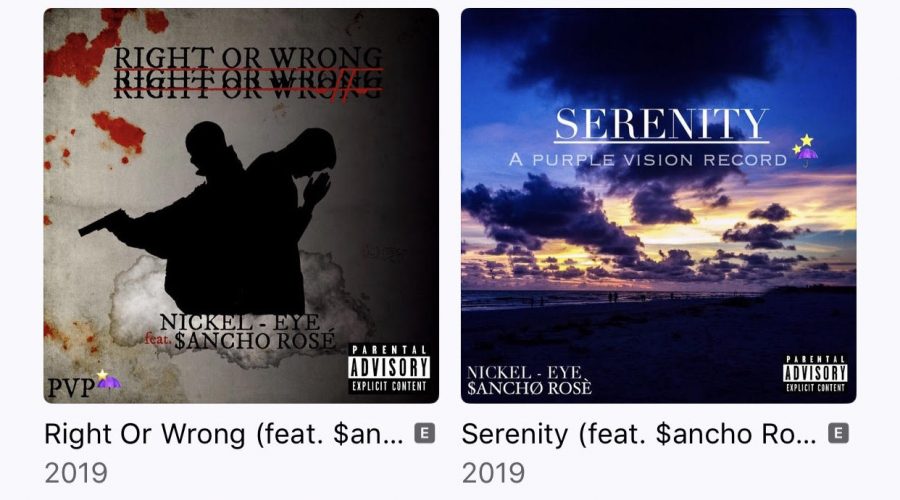 Imagine living a double life like Hannah Montana. Student by day and rapper by night, an Etowah senior is making a name for himself in the Atlanta rap scene.

Nicolai, Etowah’s own rapper, has become something he has dreamed of since he began his music career.

In the music industry, single artists usually do not work alone. Nicolai writes all of his own music unless he is featuring another musician. Typically when he is working with other rappers, they come from his friend group, who are not from Etowah.

Trey Moore, also known as Sancho Rosè, was featured in Nicolai’s most popular song, “Serenity.” The two have been best friends since 2013 when they began freestyling, spitting out lyrics on the spot, in their garages together.

“There was nothing that inspired me to make music with Trey because we both inspired each other unconditionally,” Nicolai said.

Nicolai is currently affiliated with the company Distrokid, and he uses his own independent record label, “Purple Vision Productions,” to produce and submit his records to the music platforms.

“His music isn’t just normal music; it’s music that he puts everything into and makes it catchy,” Ross Carlson, senior, said.

Using the connections he has, from past jobs, with local film producer Maliputyouon, Nicolai recently announced that in the next month or so his songs, “Serenity” and “Right Or Wrong” will have official music videos.

“I have a numerous amount of professional studios in Atlanta and Woodstock that I record at on occasion. However, I usually find myself recording at my house most of the time because of all the money I’ve invested in my equipment,” Nicolai said.

Nicolai has spent the past six years studying the rap game and perfecting his craft. He loves this creative outlet, but he does not want this to become something he goes to school for to study. He is deciding  between attending KSU and Presbyterian College to play division 1 football.

“I plan on majoring in business while playing division 1 football. I might have to take a break on music, but I pray that I’ll be able to find time to still do what I love. At the end of the day, I know God has a plan for me,” Nicolai, said.

Nicolai’s music can be heard on Apple Music, Spotify, and SoundCloud. Type “Nickel-Eye” into the search bar to give his two new songs a listen.