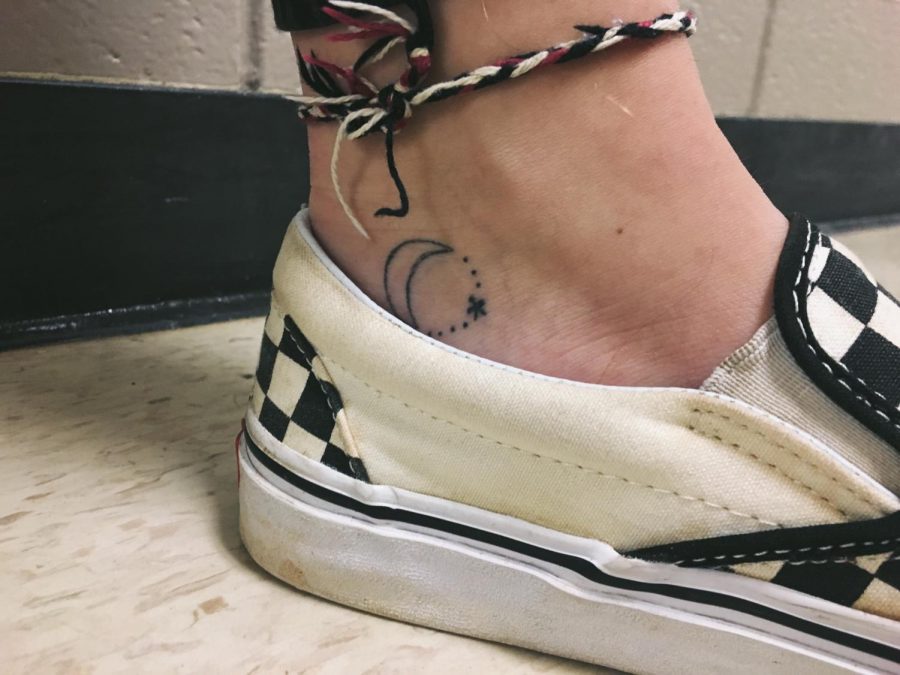 From the first tattoo in 1743 to present day, the art of tattooing has evolved into a worldwide phenomenon. Thoughts on the craft have always been controversial: “What if I regret it?” or “What if it doesn’t turn out the way I wanted?” or “Will I really still want a tattoo that says ‘just breathe’ in cursive when I’m forty?” Although some teens never plan on getting tattoos, other students at Etowah are ready to permanently mark their bodies as soon as they can.

“I decided to give myself a tattoo for fun and [for] learning experience! I don’t think tattoos necessarily have to have a special meaning. Just as long as it’s something that makes them happy, and they won’t regret it, then there’s no harm,” Delaney Stemmerman, senior, said.

With the rise of tattoos among the teenage population, it is often questioned whether these tattoos should have meaning, or if getting one for aesthetic purposes is reason enough. The creation of watercolor as well as white ink tattoos shows that creativity seems to play a bigger role in the decision, rather than personal connection. However, many Etowah students argue that tattoos should be significant in order to avoid regretting a meaningless tattoo in the future.

“I think that sometimes tattoos can be a way to show your beliefs, but more so, they’re a way to express yourself and show more of who you are inside and the things you’ve gone through,” Hannah Johnson, junior, said.

Although some teens cannot wait until they are old enough to get a tattoo, the pressure of picking a tattoo that one will love forever is too much for some students at Etowah.

“I would never get one [a tattoo], because they last forever, and you might not like it when you’re older,” Colin Pentecost, freshman, said.

Tattoos are not for everyone; some are worried about regretting them later in life, and others just hate needles. Whether you support the idea of someone permanently marking an infinity sign on their wrist or not, the popularity of tattoos is continuing to grow among teenagers.