The return of Powder Puff 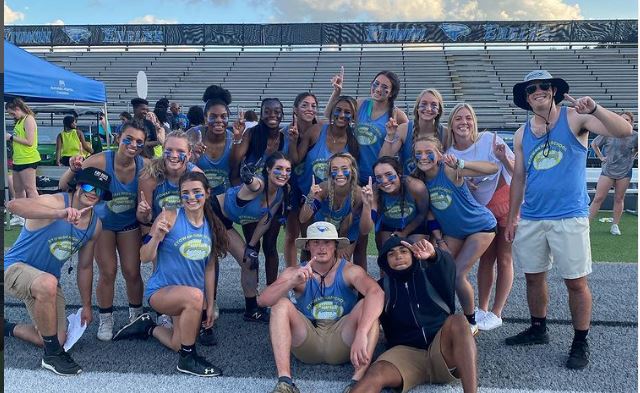 With a chance for friends to spend time together, a team to bond with, and a game to show off one’s skill while still having fun, the Powder Puffs flag football season is back after two years, and the Etowah girls are ready to dominate the field.

“I chose to coach Powder Puff because of how fun it is. It is an opportunity for anyone to play football. I think it is a good thing Powder Puff is returning, as it brings another activity to fit everyone’s interests,” Carson Allen, junior, said.

On Friday, May 13, females in all grades will be taking to the field after school for a night of competition, teamwork, and a final championship at the end of the evening. In the first game, the freshmen will take on the juniors, and for the second game, the sophomores will face the seniors. Once both matches conclude, there will be a consolation game for the two losing teams before the championship game to determine the winning overall grade.

“When I first heard Powder Puff was back, I was so excited because it has been two years since it could happen (…) The difference between flag football and Powder Puff is that I was on a team with all grade levels, and now my team is only my grade, and we are against the other grade levels, which is exciting,” Kira Stevenson, sophomore, said.

Tickets are three dollars for spectators to come watch, and the stands are open to all supporters. With a week of practice leading up to the event, the girls are hoping to demonstrate their athletic abilities and compete for the championship title. Though the teams will be working to dominate, the night is one for all to enjoy and remember for its excitement.

“I am excited because it is like one of the last events of high school, so it will be fun for all the seniors to play together before we leave,” Laurel O’Brien, senior, said.

Take part in this night of excitement, and come fill the stands to support the girls of Etowah this upcoming Friday.