The truth behind cereal 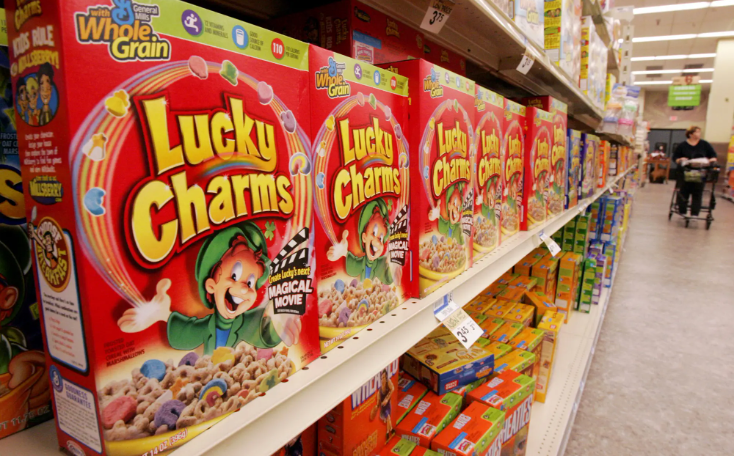 A clock flashes 7 A.M., and your stomach grumbles with hunger as your feet find their way to the kitchen. Fruit stares from inside the fridge, but a box of sweet cereal calls your name. The milk and colorful grains swirl in a bowl, hypnotizing you with each bite, but the mix of colors begs a question: is this actually good for me?

Cereal is an American-made food and was first created with the intent of being a nutritious, digestive aid. In the nineteenth century, a vegetarian invented a breakfast cereal from hardened graham flour dough and soaked it in milk. John Kellog along with his younger brother ran with this idea, and they made a flaked cereal: Corn Flakes. They added sugar to this cereal, and the sweetener became a major selling point in the 1950s; however, none compare to the current claims posted left and right on sugar-coated breakfasts.

“I eat corn flakes, and I agree that sugary cereals can have a negative effect on someone’s body. They are unhealthy on the youth population especially, causing obesity issues,” Carson Allen, junior, said.

Cereals are often falsely claimed as “whole grain” or healthy, and it misleads many people when making a selection. They often contain refined grains and high amounts of sugar. Added sugars are arguably one of the worst ingredients to consume and can lead to diseases, not to mention spiked insulin levels. The colorful boxes and cartoons featured with the sugar are marketed toward younger kids. This, combined with the high-carb cycle that makes this food addicting, can lead to childhood obesity.

“I think that some cereals try to act healthy as opposed to ‘super sugary’ cereals even though sometimes they contain just as much sugar. This can lead to distrust in cereal companies and obviously an unhealthy diet filled with lots of sugar,” Shelby Rice, sophomore, said.

Lucky Charms is a popular cereal that faces charges for something other than sugar overload; since April 1, 2022, many people have claimed to feel sick after consumption. Symptoms include nausea, vomiting, and diarrhea and have been spreading across the United States. However, the Food and Drug Administration (FDA) has not received any direct complaints, and the next steps in the situation are undetermined.

“I hope it gets sorted out and the accusations are not true, but I personally do not like Lucky Charms,” Cara Freeman, freshman, said.

While cereal has some questionable nutrition facts, it is hard to deny that the sweet taste is a fun treat. So, lookout for any false claims, and often times, it is better to choose a healthier option; however, no one is stopping you from enjoying the yummy breakfast or snack every now and then.