Too little, too late? 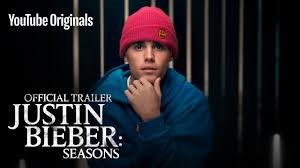 Picture this. It is 2012. Justin Bieber is the talk of the nation. His name is all over the internet. He eventually blended in with every A-lister. Now it is 2020, and he is back with a new documentary, album, and tour.

“I didn’t think it was that bad; it had some quality; it’s just not my thing though,” Marcus Youngblood, freshman, said

The documentary is about Bieber’s life growing up and how he got to where he is now. It also talks about how he disappeared for years and kept to himself as he worked

The documentary was released in late January. New episodes launch every Monday and Wednesday at noon. The docuseries is available and free to watch on YouTube, but is has not been received too well at Etowah.

Overall, the reviews are mixed. Some say it is good; some say it is bad. If any students would like to possibly waste a few hours of their time, then give it a watch.