Disney Plus or minus? 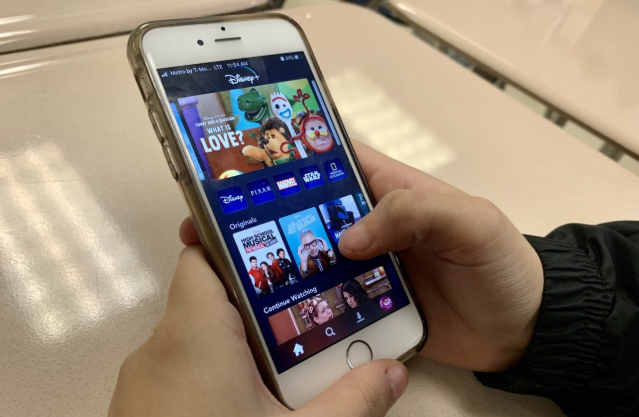 Netflix and Disney Plus are both popular on-demand streaming services for watching TV shows and films. Netflix is the one to beat for any new challenger, with over 140 million subscribers worldwide and a broad content library. However, a new streaming service has been taking the world by storm: Disney Plus.

With the creation of its own streaming service, Disney is removing a lot of Disney-owned content that was previously on Netflix, such as any films in the Marvel Cinematic Universe, as well as Netflix’s popular Marvel TV shows.

Disney Plus has many older shows available, including Kim Possible, Jessie, Wizards of Waverly Place, Suite Life of Zack and Cody, Phineas and Ferb, Gravity Falls, and more. Disney Plus also beats out Netflix on the pricing by charging only $5.99 per month while Netflix charges $8.99.

Netflix has three total price tiers, with the Standard plan allowing HD viewing and up to two screens being watched at the same time while the Premium plan includes four screens and UHD / 4K resolution viewing.

Disney Plus, however, will only have the one price tier, with access to 4K and HDR content available to all subscribers, provided they have a 4K TV.

“Our plan on the Disney side is to price this substantially below where Netflix is. This is in part reflective of the fact that it will have substantially less volume,” Disney’s CEO, Robert Iger, said.

Disney Plus and Netflix are fierce competitors, but the debate of which is better ultimately depends on the person watching.