One last time under the lights 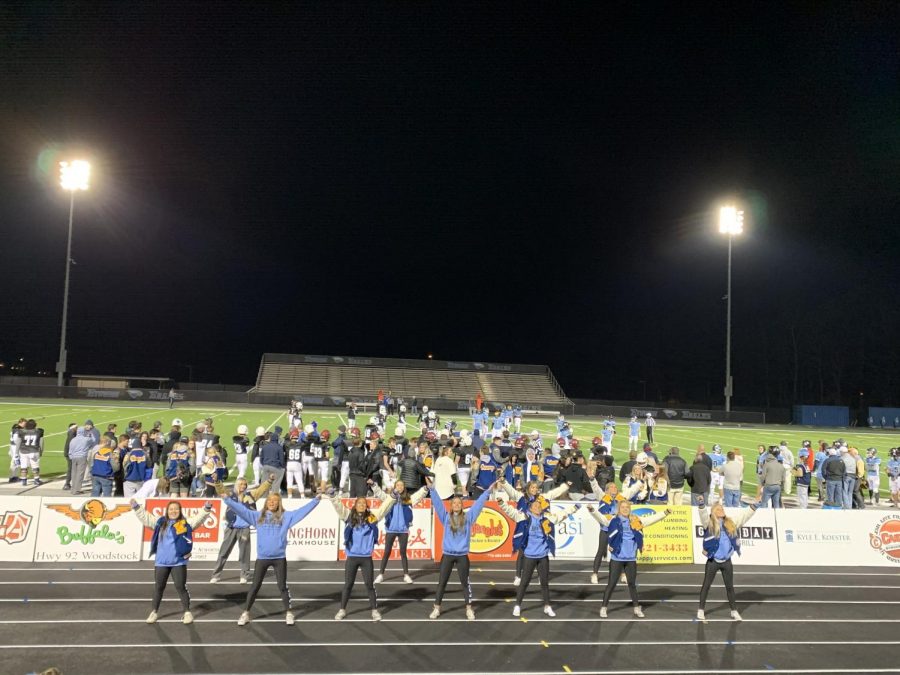 The whistle blows. Cleats are laced. The refs are poised. The seniors are ready. On Thursday, Dec. 5, seniors from all Cherokee County schools had one last chance to compete against each other during the Senior Bowl, which was held at Etowah High School. The Senior Bowl allowed students to play, perform and cheer together for one final time.

“It was really fun and a great way to see our community come together as a team,” Campbell Munsey, sophomore, said.

The Black Team, which consisted of seniors from Creekview, Etowah, and Woodstock, played against the Blue Team, which included students from Cherokee, River Ridge and Sequoyah. The Blue Team won with a final score of 24-14.

“It was cool to make friends with the guys that I have always been enemies with all my life playing football. I thought it went very well,” Brooks Mooney, senior, said.

Not only did the senior football players get to gear up one last time, but band members and color guard members also had the opportunity to perform together during halftime. With the band members playing classic Christmas songs led by senior drum majors, the last high school football game was memorable for more than just the players.

“Overall, it was an amazing experience. It was awesome to meet and spend time with band members from other schools and to see how their programs work,” Kylie Geist, senior, said.

Cheerleaders from all six Cherokee County high schools each had one final chance to cheer for their football teams. Each senior wore their school’s letterman jackets to represent their student body. With the cheerleaders leading the audience in spirit, they were able to put pep in everyone’s step during the game.

“My last chance to cheer in the Etowah stadium was so special because not only did we get to host the Senior Bowl game at our school, but I got to cheer with many of my close friends from other schools. It was such a fun way to end the season,” Lexi Parks, senior, said.

The last time high school seniors got together under the stadium lights was a night many of them will never forget. From the last hike of the football to the final cheers, the Cherokee County Senior Bowl of 2019 was one last high school football game for the graduating class of 2020 to remember.