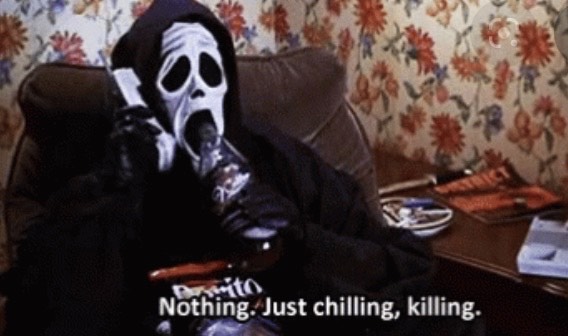 Now that October has arrived and everyone is getting into the Halloween spirit, horror movies both old and new are making their way into theaters and onto TV screens across the nation. Whether one is looking for a feel-good Halloween movie or a spooky thriller to view with friends, the best Halloween films to cuddle up and watch are right here.

This month, two new horror films that both hit theatres Oct. 25. “The Gallows Act II,” tells the story of a teen vlogger and actress who gets caught up in the world of a cursed stage play and the evil spirit that haunts it. The second movie, “Countdown,” gained momentum on the internet before its release date and has people scared straight.

Although October has provided some new thrillers, many movies from years past are still as terrifying as ever. “Scream,” released in 1996, is still a classic slasher movie that follows a group of teens trying to protect themselves from a killer who is loose in their hometown and can get anyone’s adrenaline rushing. Both the 1978 and 2018 versions of “Halloween” tell the story of a serial killer, Michael Myers, terrorizing his unsuspecting victims, and will have everyone triple checking to make sure their doors are locked.

If one is not into jump scares or gore but still wants to get into the Halloween spirit, then “The Addams Family” is the perfect match. The newest adaption, which hit theaters Oct.11, is an animated story about a rather peculiar family that has people laughing and crying in theaters instead of screaming.

With remakes attracting new viewers, some still prefer the originals. “The Addams Family” (1991), based on the TV series of the same name, tells the story of Gomez and Morticia Addams and is a popular choice on Halloween. Another classic holiday treat that has been passed down for generations is “It’s the Great Pumpkin, Charlie Brown,” a heart-warming animated TV special based on the comic strip, “Peanuts.”

Whether one plans on trick-or-treating with friends or staying in and passing out candy, these movies are guaranteed to provide a Halloween treat.